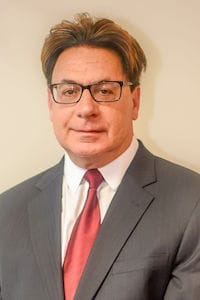 In 1987, Vincent DiTommaso co-founded DiTommaso. He has forged DiTommaso into a firm specializing in consumer fraud, lemon law and class actions. Over two and half decades, Vincent has acted as lead or co-lead counsel in numerous consumer class actions that have had a national impact. The Illinois Attorney General appointed Vincent to act as a Special Assistant Attorney General to represent the Treasurer of the State of Illinois. The Chief Judge of DuPage County selected Vincent to be among the first group of Certified Court Appointed Mediators. He has given seminars to train judges in mediation techniques. As a member of the DuPage Judicial Evaluation committee, Vincent assisted in the evaluation and selection of judges. National, Chicago and DuPage Legal Assistance Foundations have given Vincent commendations for providing them with substantial awards from certain consumer class actions. He received a BA from the University of Illinois in 1979, and his law degree with Honors from Chicago-Kent College of Law at the Illinois Institute of Technology in 1982. To review Vincent's full resume for a description of the cases he has worked on click here.

Justinian Society of Lawyers
Member Since: 2001
Past President 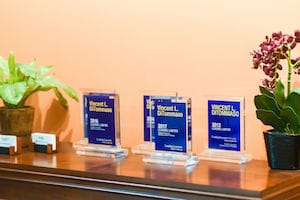 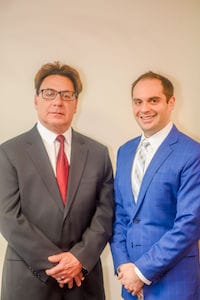 Contact Us
Your Consumer Rights
Lawyer Vincent Ditommaso
Client Reviews
★★★★★
DiTommaso has been our law firm for over 6 years, we have a growing IT services company. We have been very happy with their level of service and expertise. 1 thing I personally appreciate is they try to do whatever possible to de-escalate potential legal issues. I trust them. Steve M.
★★★★★
I called this law firm about a problem I had with my business partner. Vince DiTommaso got back to me right away and arranged to meet with me. The firm answered all my questions and came up with a great plan. They ultimately filed suit and were able to successfully negotiate a settlement for me. I highly recommend this law firm. Diahn H.
★★★★★
I've used Vince since 2010 for a number of issues including Asset Purchase Agreements, corporate litigation, non-competes, family law and currently to challenge the constitutionality of some Illinois statutes. They are always straight to the point and don't tell you what you want to hear. I've found them to be open minded and willing to think out of the box to solve issues and usually over deliver on projected outcomes. Will recommend and continue to use them. C Y.
★★★★★
A great firm with attorneys who truly fight for their clients. The Firm was on the case at all hours and made my interests a priority. All stars that I would have represent me time and again. Great job guys! Mark Z.
View More
Submit a Law Firm Client Review